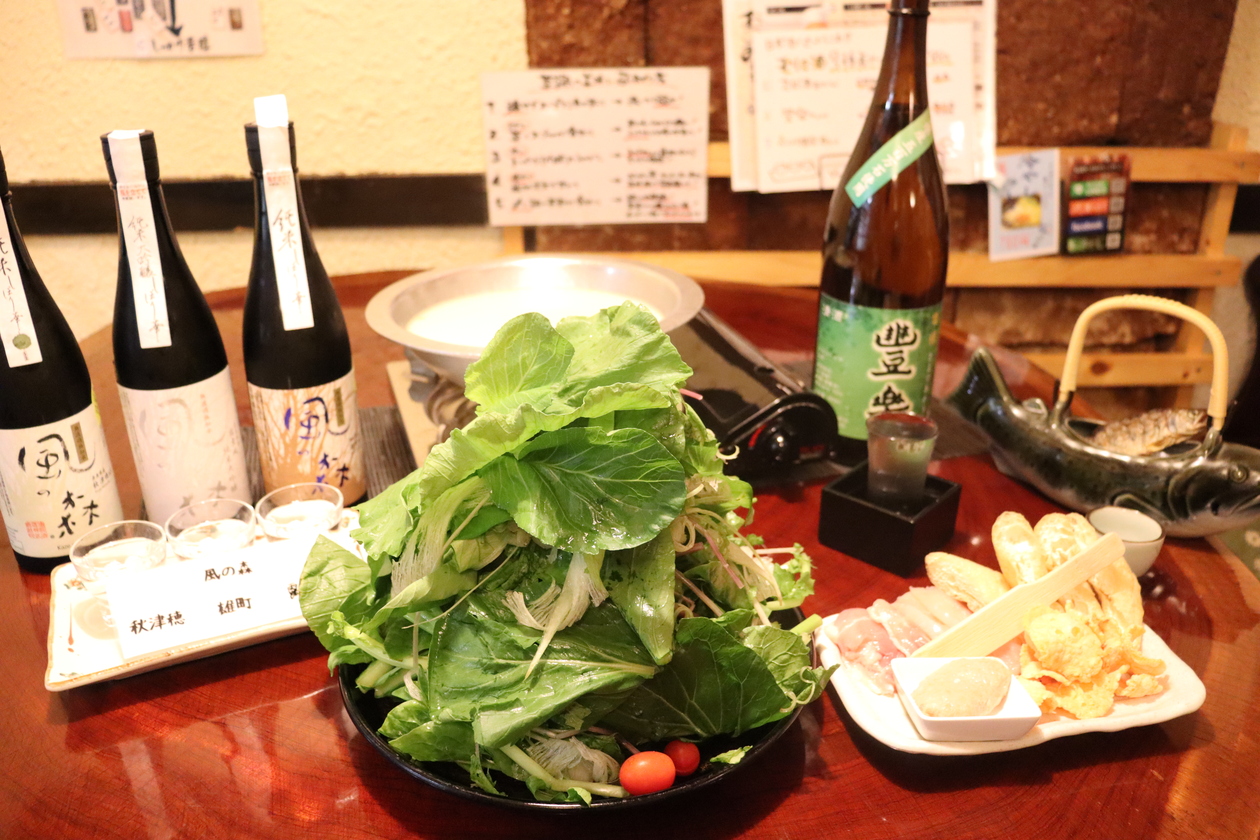 ”TOYONOAKARI” is a cozy Japanese restaurant which you can enjoy local delicacies and local sake in Nara.

Many people are visiting to the restaurant, some of them are coming from outside of Nara, even from Tokyo. Once you try it, I bet you will like it. 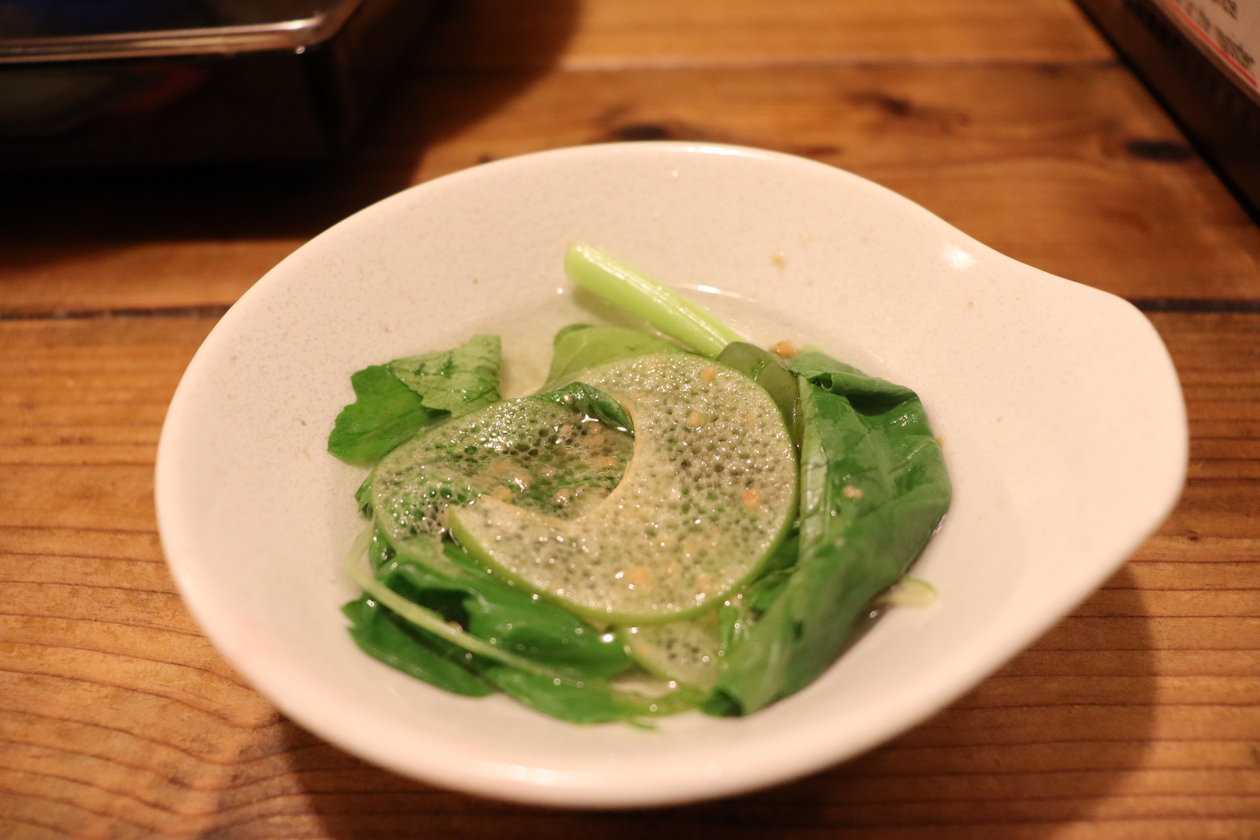 Kusa-Nabe is a specialty of “TOYONOAKARI” in which vegetables produced in Nara called Yamato-Yasai used a lot. 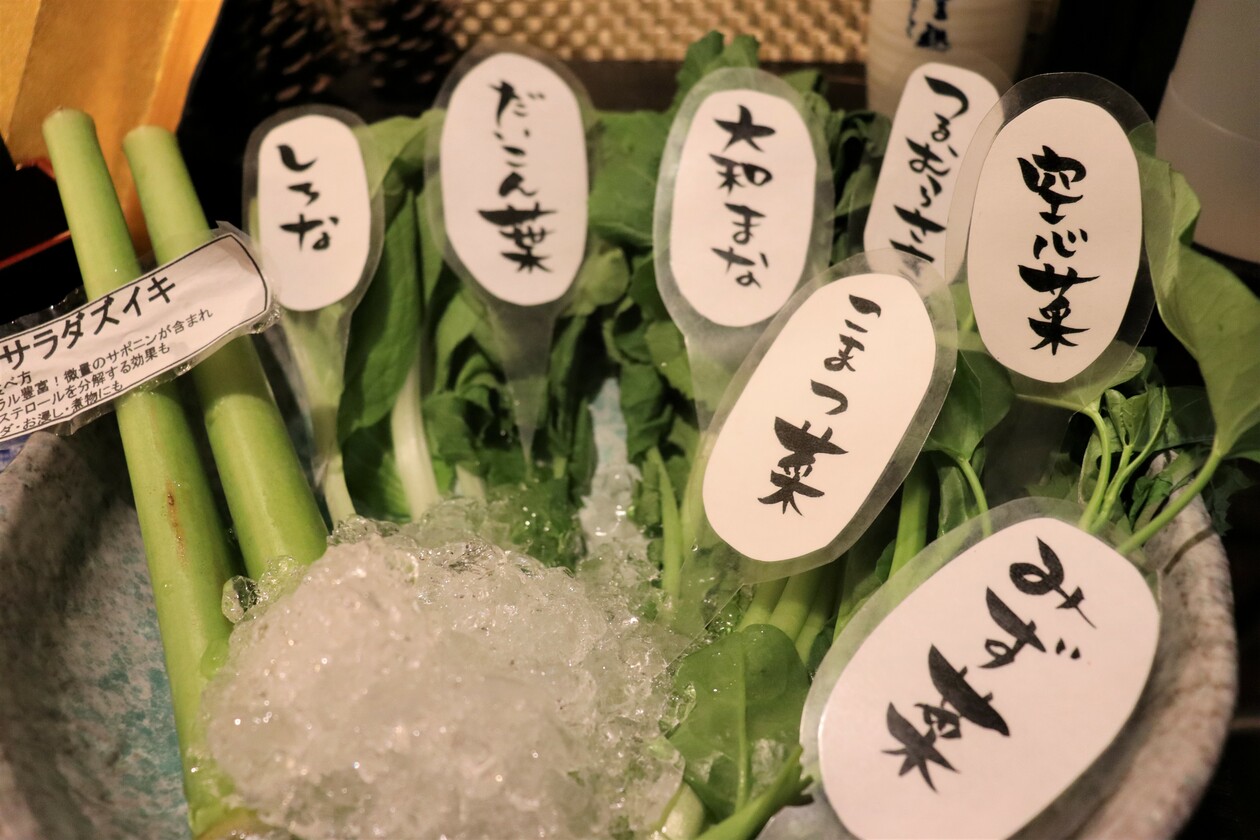 The Yamato Manaha is like Daikon leaves, it tastes spicy in summer, and the tastes turns sweet in winter.

The characteristic of Zuiki is a cute crescent moon-shape-sectional looks. It has numberless holes, that absorbs soup makes it taste juicy. 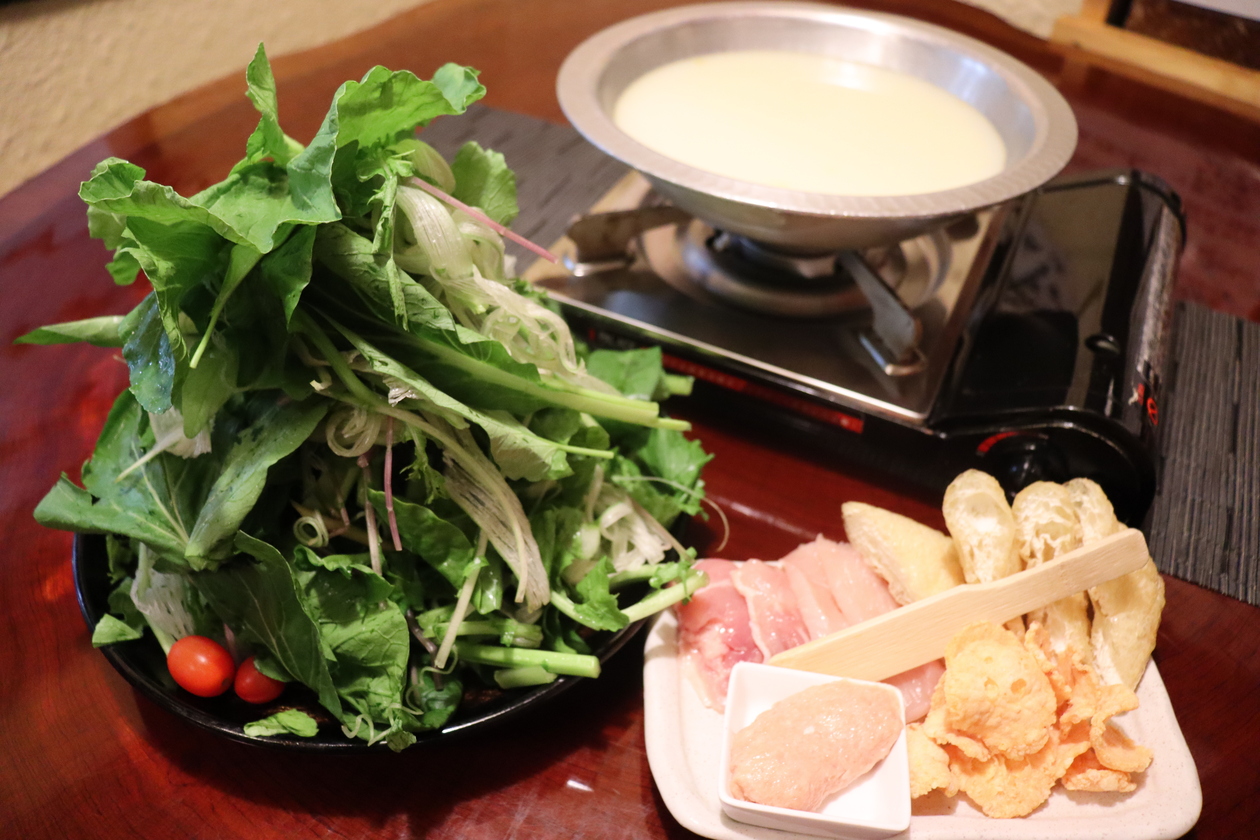 Kusa Nabe was produced as the owner of the restaurant, Mr.Matsuishi want customers to enjoy local vegetables in Nara with simple way.

Vegetables in the Nabe can change depending on the season. Vegetables grown in Nara with rich four seasons are more filling than we expected.

The soup for Kusa Nabe is made of Satuma-Chiran Dori (one of kinds bland chicken). This soup goes with Yamato traditional vegetables, bringing out the flavor of each vegetable.

Having been bred for a long term, the Satuma-Chiran Dori contains much of collagen, amino acid, and linolic acid. It’s good for your health and beauty. 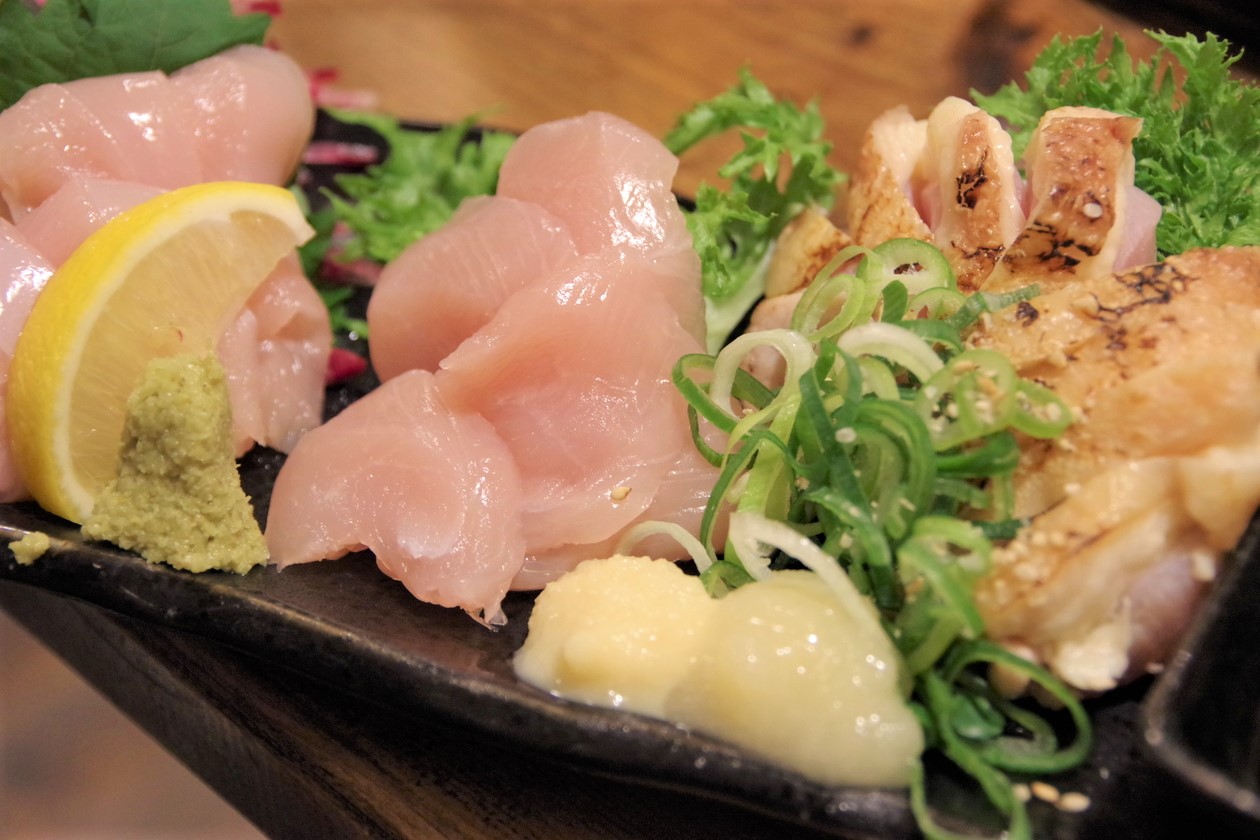 At the restaurant, you can have some “Sashimi” of Satkuma-Chiran Dori.

Although eating raw chicken meat is sometimes considered risky, the Tori Sashi at TOYONOAKARI is completely safe because they stock only a necessary quantity under its strict hygiene management.

Breast and leg meat have its unique elastic and rich texture. You might be able to eat organs of Satuma-Chiran Dori, which are called Kimo or Zuri. You can enjoy its crunchy texture.

You might be better to make a reservation as the menu will be quickly out of stock. 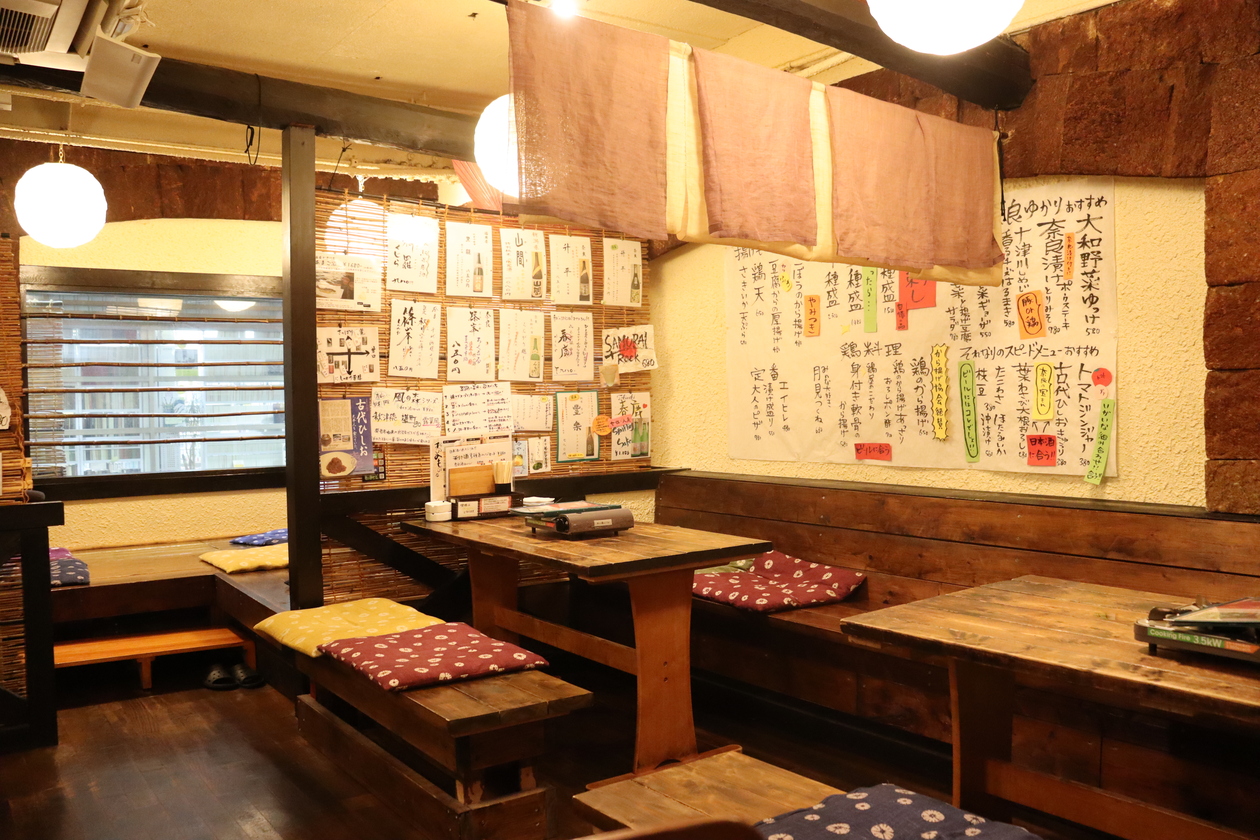 One of attractions here is that they serve various kinds of local sake in Nara.

They provide their original liquor “TOYONOAKARI”, which we only could taste there.

This “TOYONOAKARI” is produced by “Yagi Syuzo” for the special menu of the restaurant’s Kusa-Nabe that has more than 140-year-history. The restaurant name was taken from the name of this sake.

”Nihonsyu Kikizake set” is a menu that you can taste three kinds of Japanese sake, each one is little amount though. It is recommended for you who want to try various tastes.

The name of the popular sake at the restaurant is “Kaze no Mori”. This sake is made from brewers’ rice in Nara, having three different kinds of tastes.

Another famous sake manufacturer “HARUSHIKA” is also popular. ”Sparkling HARUSHIKA” is especially suitable for female because of its light taste with strong carbonic acid. 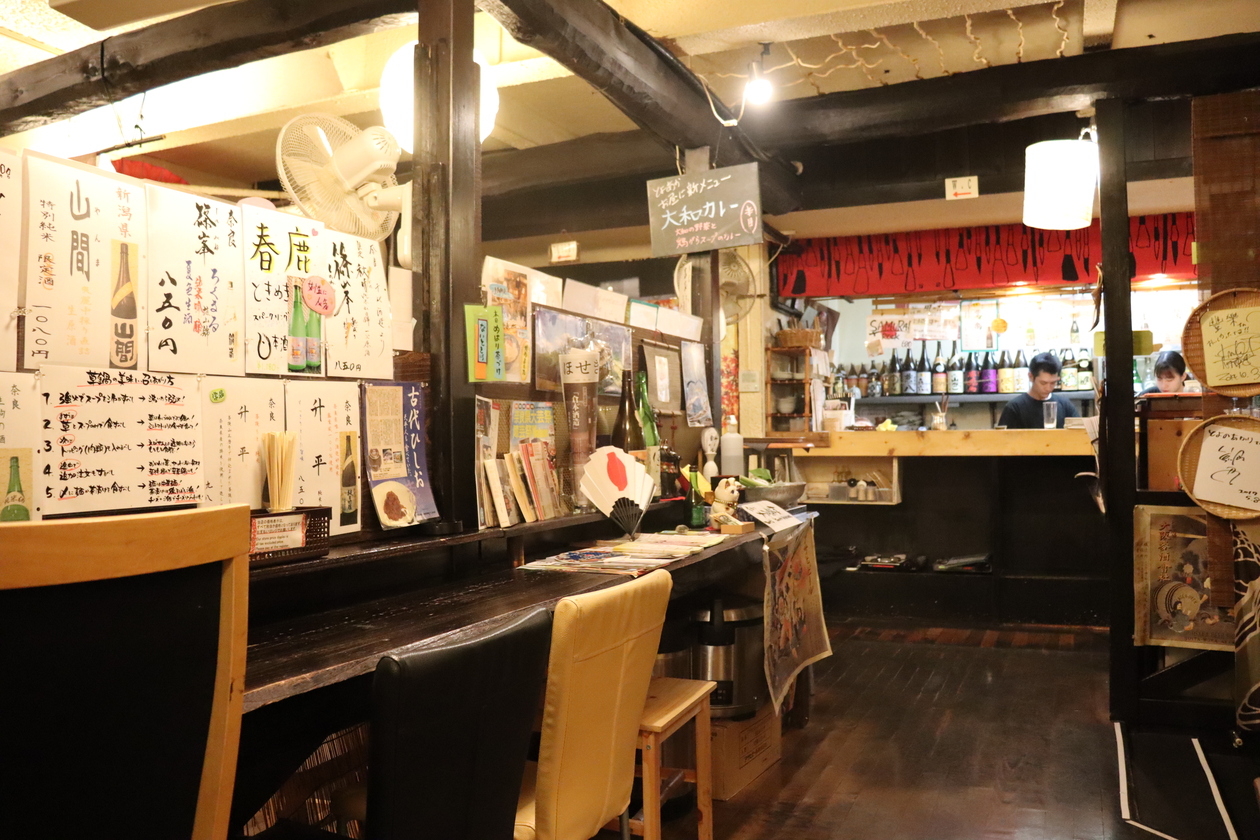 The menus are written in English and Chinese in addition to Japanese for foreign tourists.

Although there aren’t any staff speaking foreign languages fluently, they are friendly and trying to explain about their dishes using smart-phone and etc. 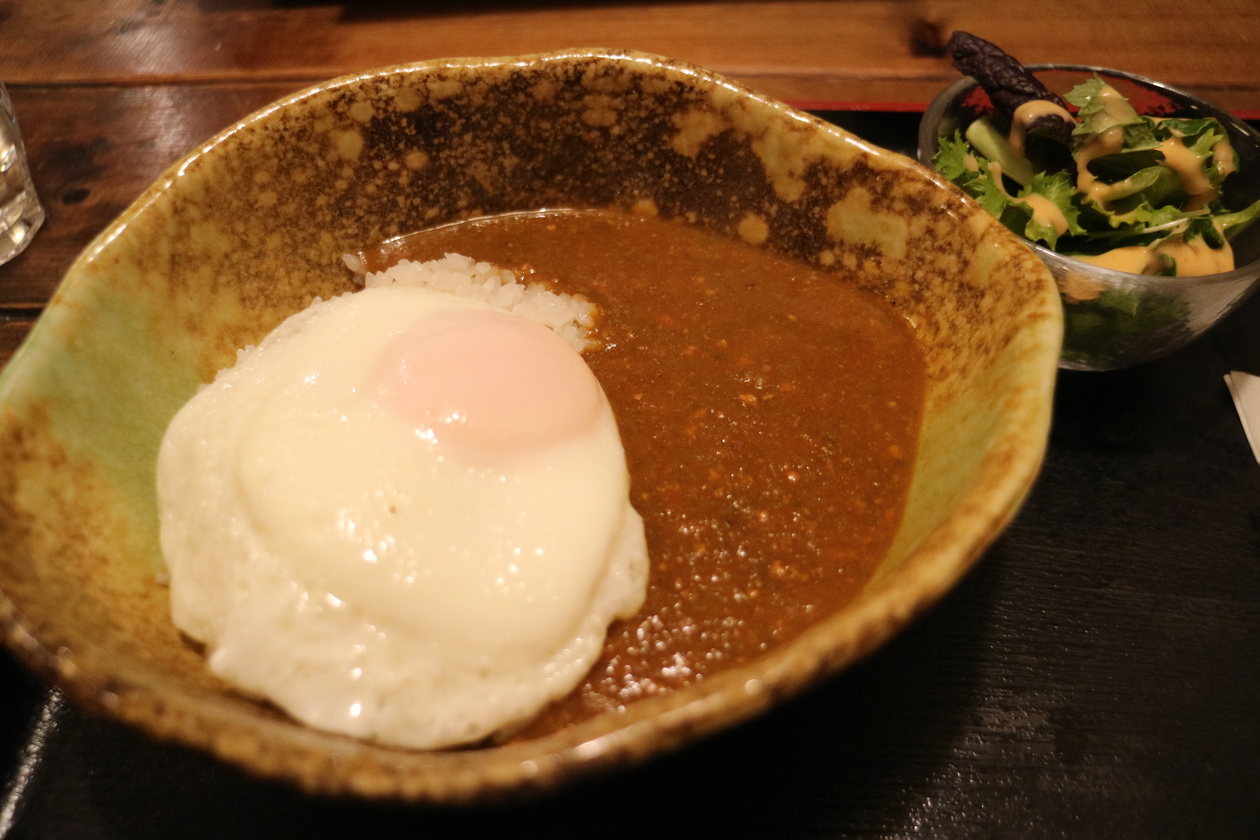 The restaurant provides special menus during lunch time. The most popular menu is “Torisui Set” which is made from putting vegetables and an egg into Kusa-Nabe soup.

”Chicken cutlet” is offered only at lunch hours and popular among foreign customers.

And, “Yamato Curry” is made from boiling vegetables and chicken soup without using water.

The rice and vegetables which offered at the restaurant are all made in Nara. That’s because the thoughtfulness of the owner to you that he wants you to enjoy eating local products in Nara. 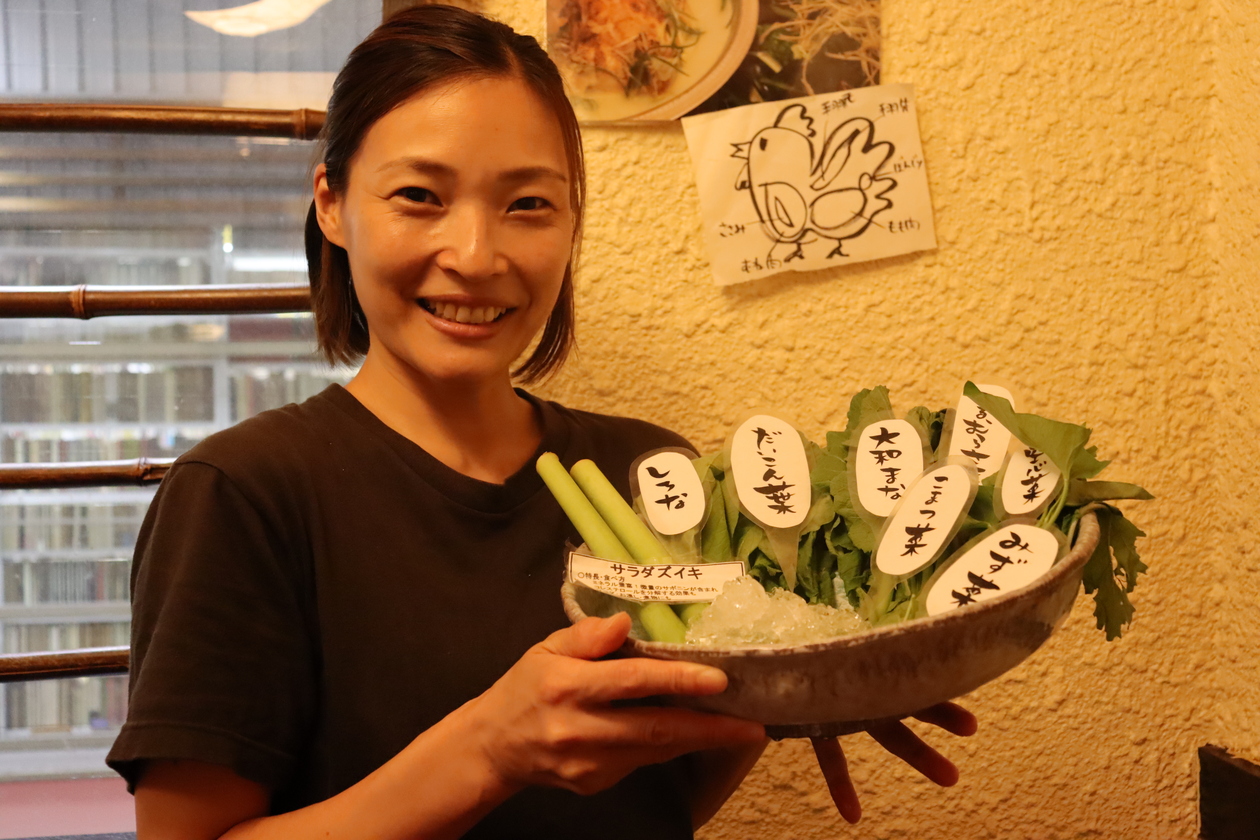 At TOYONOAKARI”, the staff always welcome you with smiles.

It’s the place we not only can enjoy delicious food but also can feel Japanese OMOTENASHI and heartwarming people in Nara. 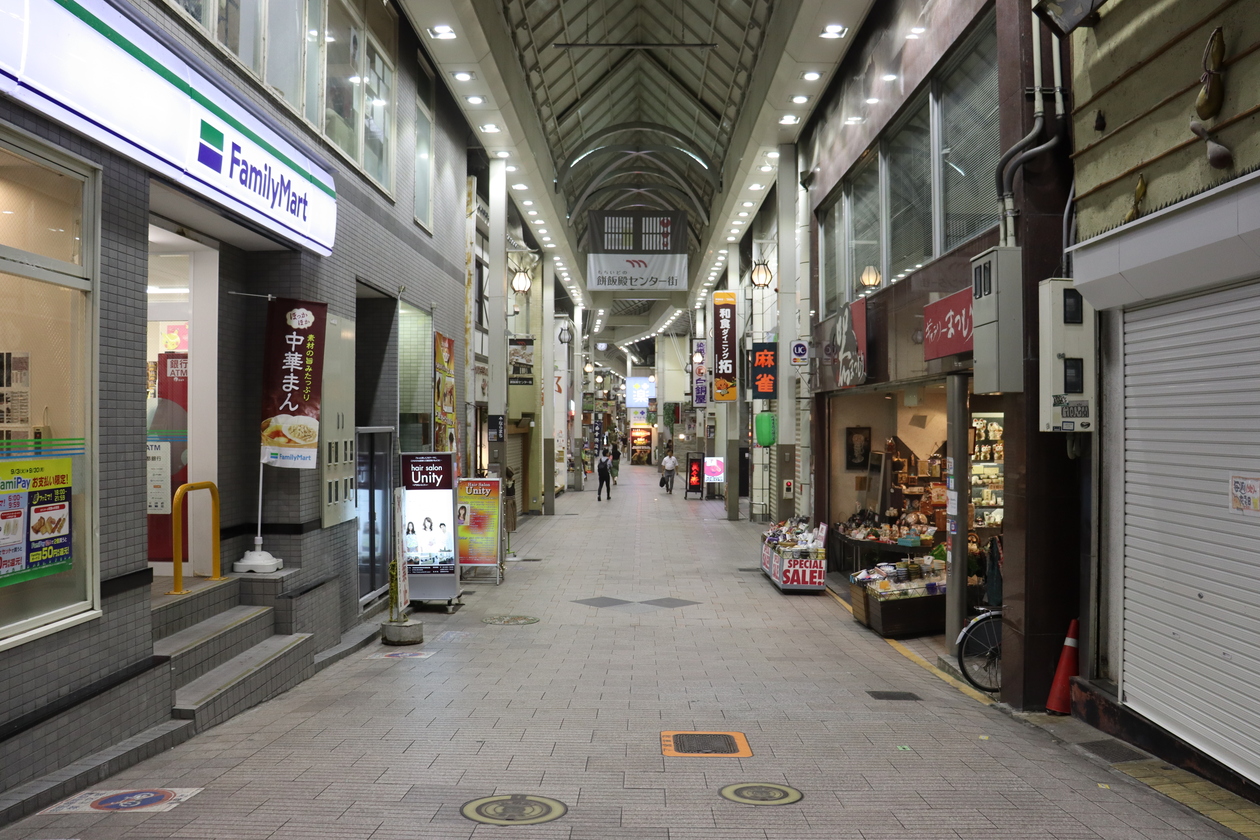 At the entrance, you will see a unique Japanese Bamboo Sudare and video introducing ”Kusa Nabe”. You should definitely try visiting there.

*The information herein is as of January 2020.

A place for delicious cakes in Kyoto mus……

Gourmet inside the station is booming! T……

Six photogenic café you cannot miss in Kyoto! We have selected café that are very photogenic such as sweets with wonderful decorations and carefully selected interiors!

【Dotonbori】 You cannot talk about local cuisine of Osaka without eating this. 5 okonomiyai shops recommended by locals.

5 recommended restaurant in Namba for those who want to eat luxurious Japanese food.