Haven’t you had ramen and finishing ozosui? Here is the new way of eating ramen by Nara’s popular ramen shop “Genkishin” 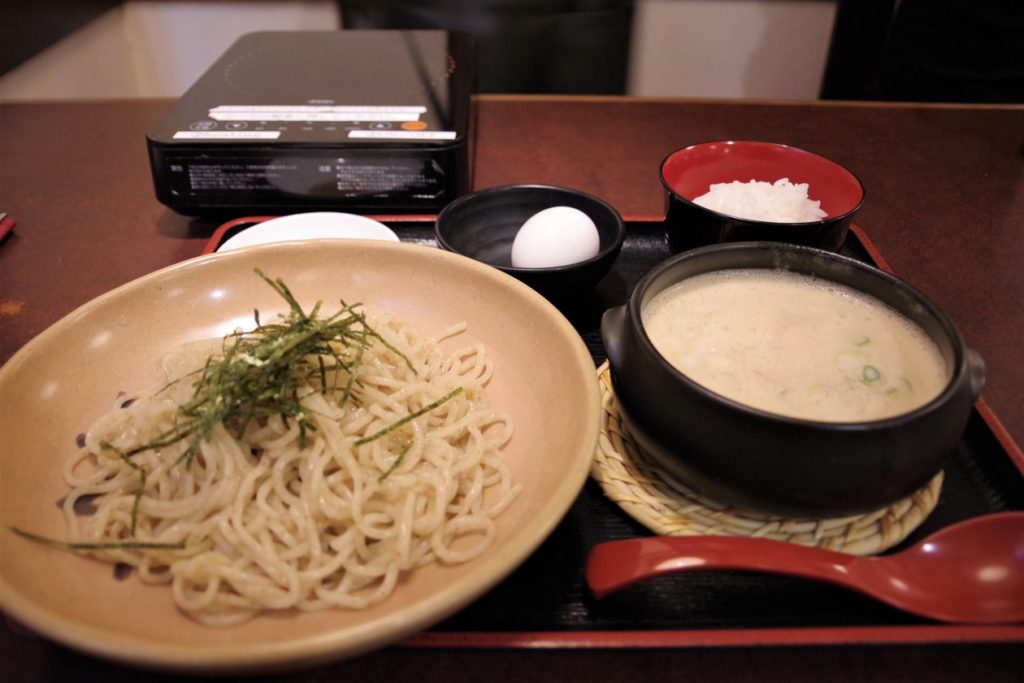 Popular ramen shop “Genkishin” in Nara has been the talk among foreign tourists. Their original dipping noodles which has two ways of eating is now trendy. Depending on the ingredients of topping, their dipping noodle menu varies.

Most common menu without topping is “Tori-paitan Tukemen” and one with the most toppings is “Tori-paitan Daibutsu Tsukemen.” With shrimp tempura, chasyu barbeque pork, and a boiled egg, it is a luxury tsukemen set, and is especially popular among tourists. 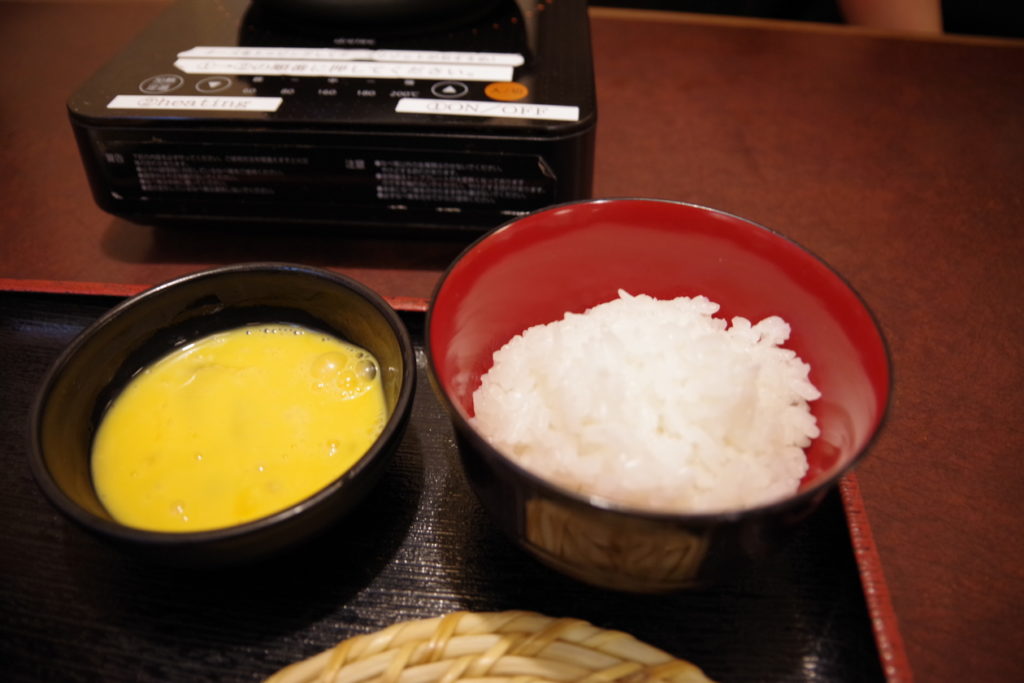 Not just as ramen, but also as zosui, you can enjoy their tsukemen

Their “Tori-paitan Tsukemen” comes with rice and a raw egg as well as noodles and soup. You can choose either hot or cold noodles, and my recommendation is the cold as it is springy and you can enjoy its firm texture. If you prefer soft texture, you’d better order hot noodles. 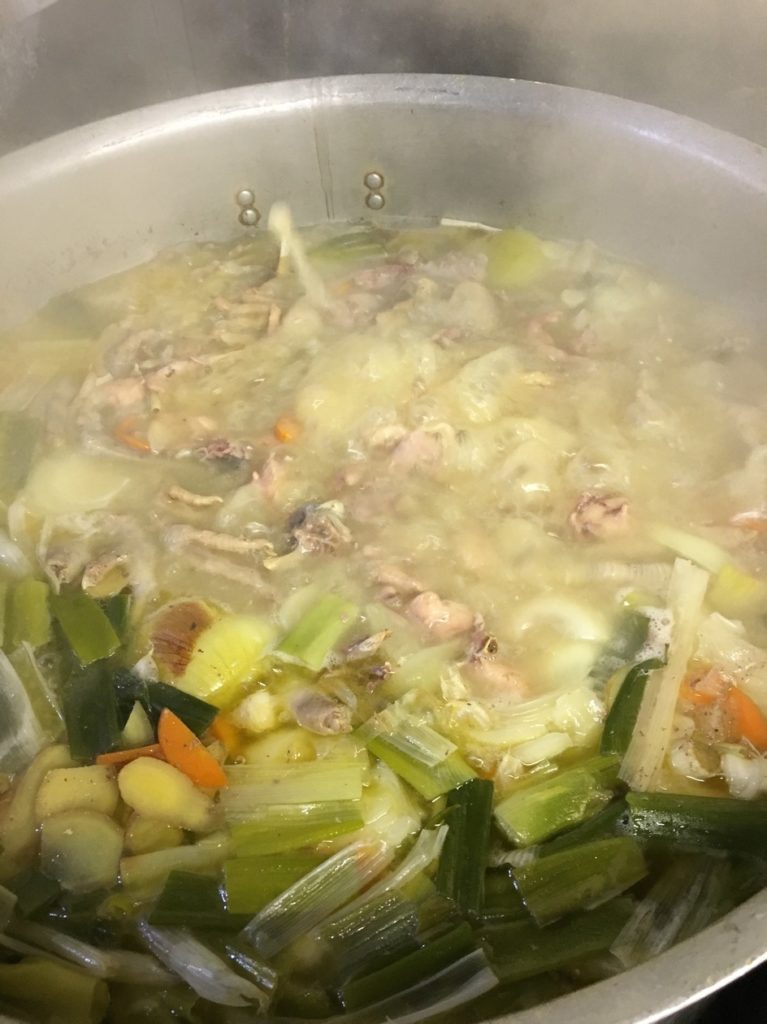 Your first try should be “Tsukemen!” Secret of special soup and noodles of “Genkishin”

Noodles used for “Tori-paitan” is made with whole wheat flour, and contains mineral a lot.

Their special “Tori-paitan soup” is very creamy and rich. Whole body of young chicken and chicken bones of “Yamato nikudori,” a local chicken of Nara, are boiled together with kombu and vegetables for 8 hours, and so, with condensed umami essence of chicken, it is thick and milky. 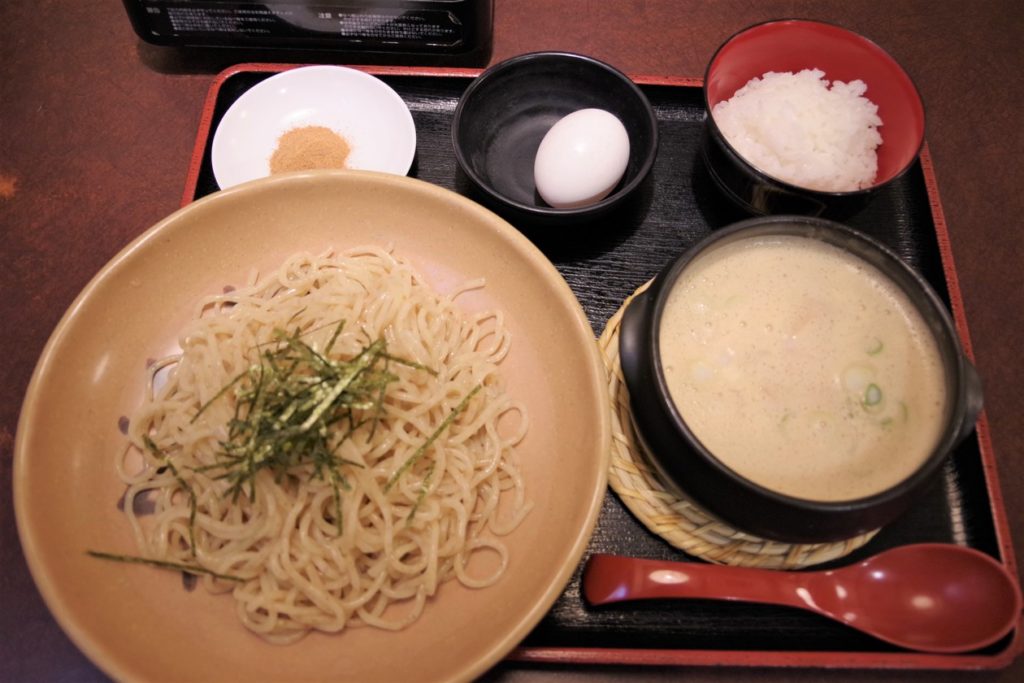 At first you dip noodles in rich tori-paitan soup.

This is one type of Japanese ramen usually called “tsukemen” and is served in the same style of zaru-soba and zaru-udon. It is easy to eat even during hot summer, and is one of the popular ramen even among Japanese.

“Tori-paitan Tsukemen” does not have any topping, but it still comes with square chasyu (barbeque pork) in the soup.

Although many foreigners taste Japanese ramen soup rather “salty”, “Genkishin’s” soup is well-received among them since it meets their preference. Creamy and rich soup is rather mild in taste and easy to eat.

Adding some condiments placed on the table, such as “pepper”, “katsuo (bonito flakes)” or “yuzu powder,” variation is created in flavor and it sharpens your appetite more. 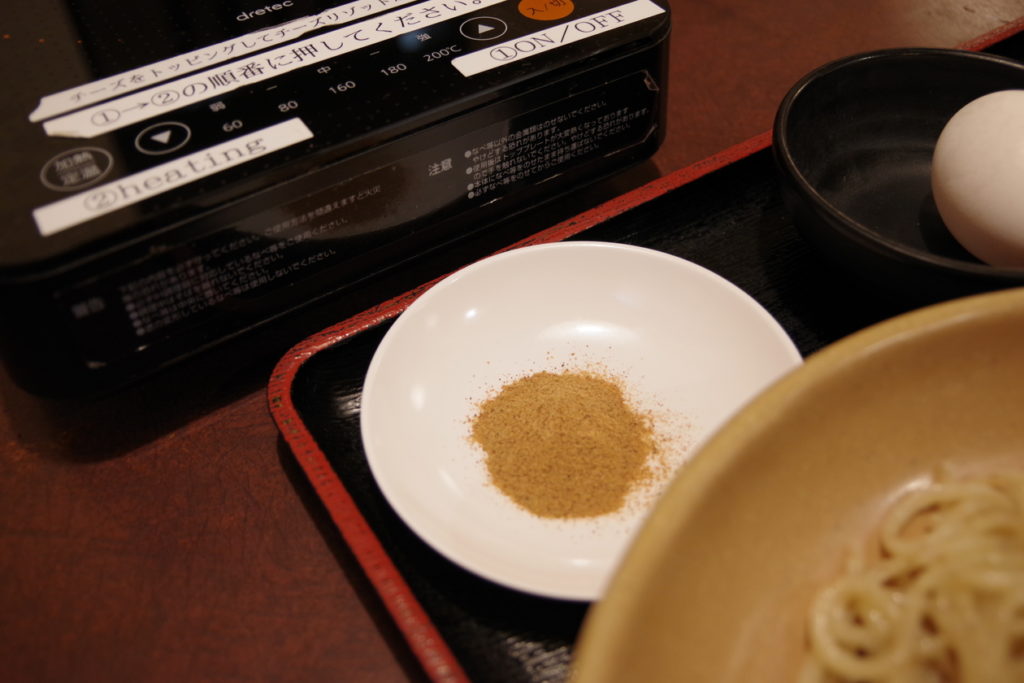 It is the point not to drink up the soup, but save some for rice you would eat later. After enjoying rich tori-paitan in “tsukemen” style, finally it is time for you to try this new way of eating ramen. 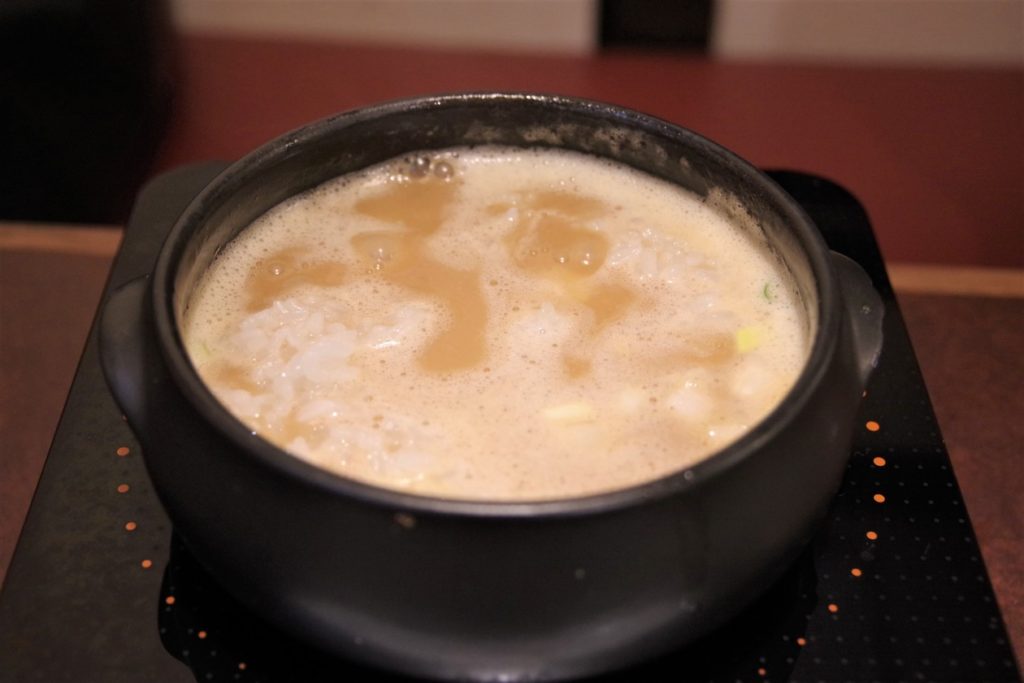 The following is a new wave ! “Zosui” style of putting rice in the ramen soup

Using the IH cooking appliance found on each table, heat up the soup which has been cooled down. It is better to add some seafood stock made mainly with bonito in the pot. Once it becomes hot, please add some white rice. This is one of Japanese eating styles called “zosui,” and is favored in cold winter as well as when one is not well.

Their novel style of eating ramen soup as “zosui” has become trendy among tourists as well as locals. 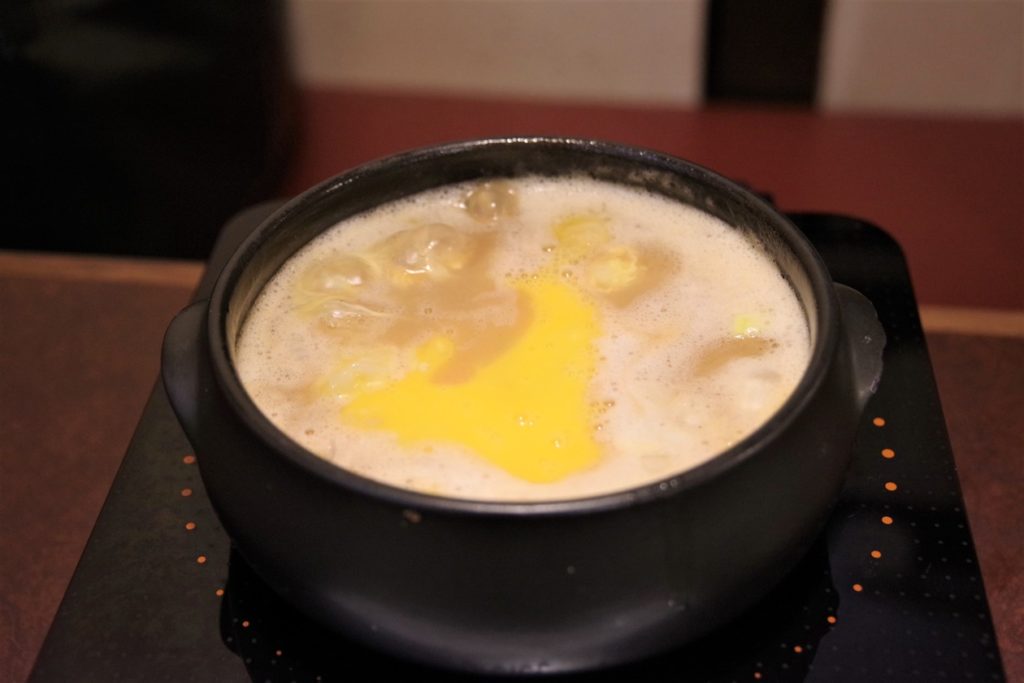 Once you put rice and mix it with soup, you add a raw egg.

Once after making it like a beaten egg soup as you like, take the pot off the appliance. Finally, it is ready to eat. The handle of the pot is not hot, so, it is no problem to hold it. 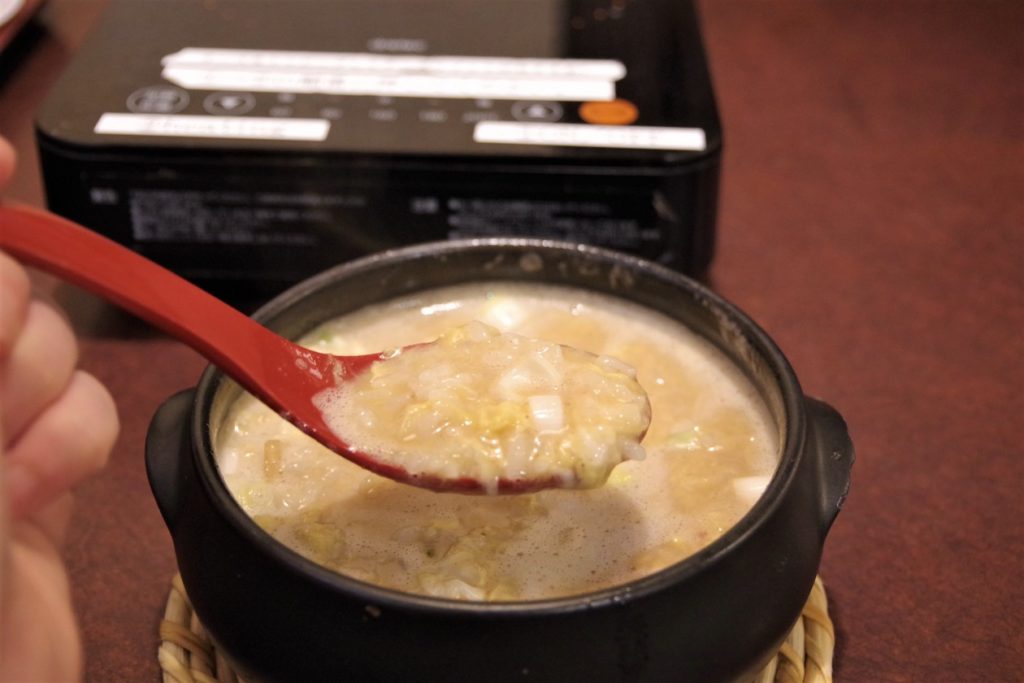 By adding fish stock, soup and rice became easier to take, and with a raw egg, it became creamier and its taste gets mind and gentle.

Regular customers of locals prefer this zosui style. This is the popular way of eating tori-paitan so that some even have less noodles in order to enjoy zosui as the main dish. The one with some cheese topping for additional 50 yen is favored by ladies and children. Melting cheese goes very well with its creamy soup. 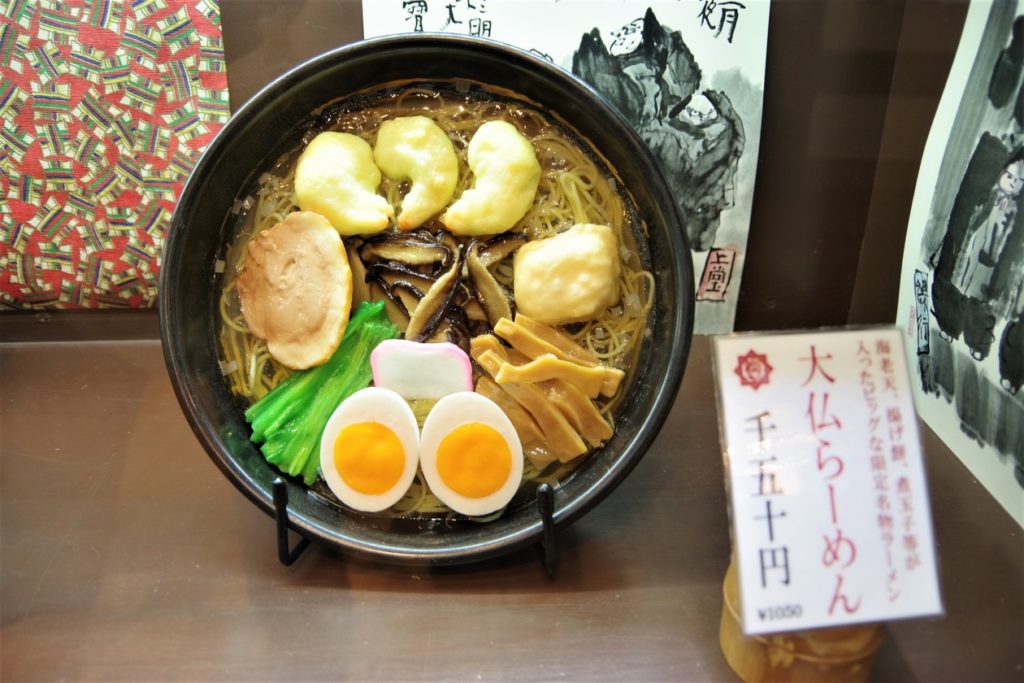 AS for ramen, the limited special ramen called “Daibutsu Ramen” with shrimp and other tempura and a boiled egg is popular. If you are traveling with your family or friends, each of you can order ramen of different eating style and share with one another, then, you can enjoy the charms of “Genkishin” ramen more. 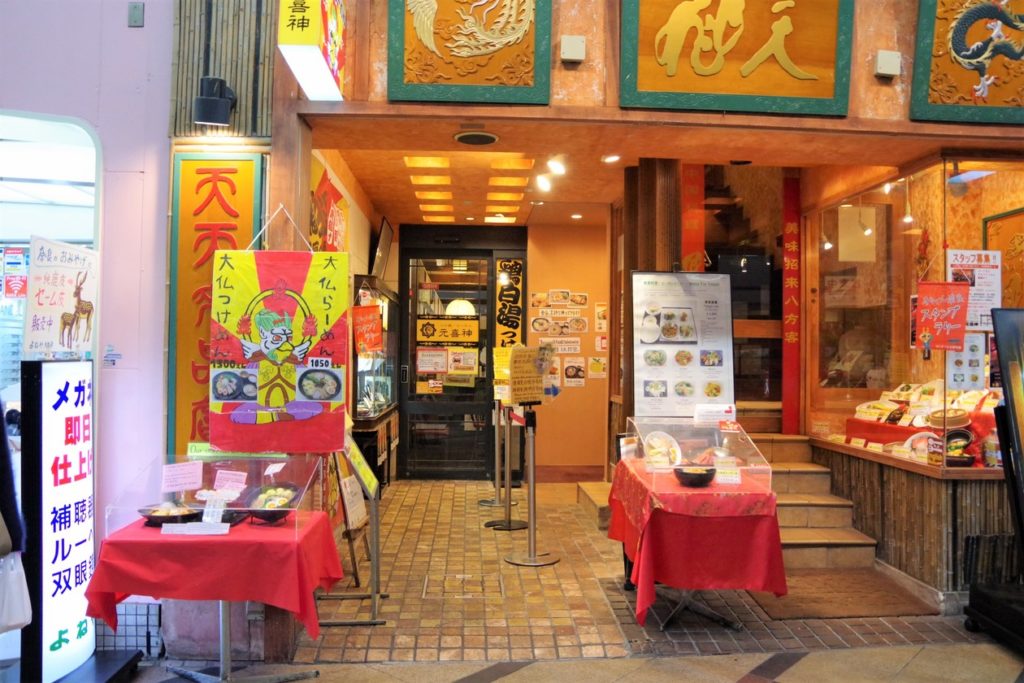 The peak hours are between 13:00 and 14:30 and often you need to queue up, but, without waiting for a long time, you would be guided to the table. It is easier to find a table at night, so, going there for dinner is recommended. 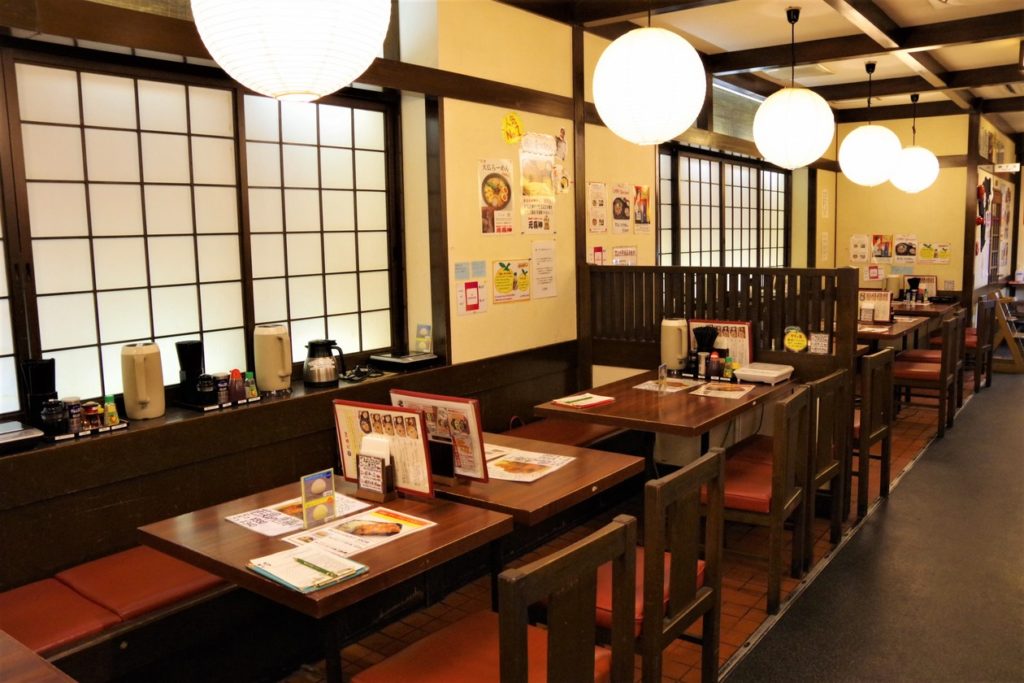 It seems there are some foreigners bringing in some snacks or food items bought at other shops. However, in Japan outside food and drink are not allowed in the restaurant. It applies to “Genkishin” as well. So, please be aware of this and don’t eat and drink outside items inside “Genkishin” restaurant. 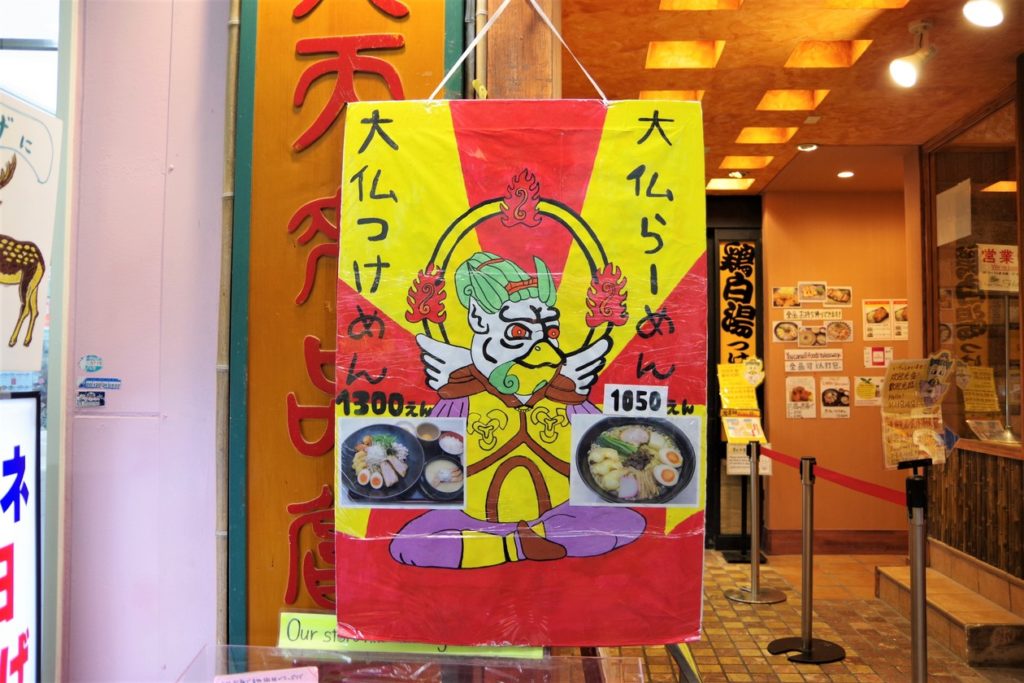 It is also close to the tourist attraction “Kofuku-ji temple.”

So, it is easily accessed. Please experience a new way of eating ramen during your sightseeing in Nara.

*The information herein is as of February 2020.

We can meet the popular small Shiba Inu ……

Must go and try “Hamamoto Coffee” on you……

Let’s visit Osaka’s famous soba shop listed on Michelin Guide! It is “Naniwa Okina” where you can enjoy both Kanto and Kansai flavored soba dishes.