A variety of seafood such as sushi, BBQ and sashimi is all packed here! 6 fine seafood restaurants you should not miss in Nara! 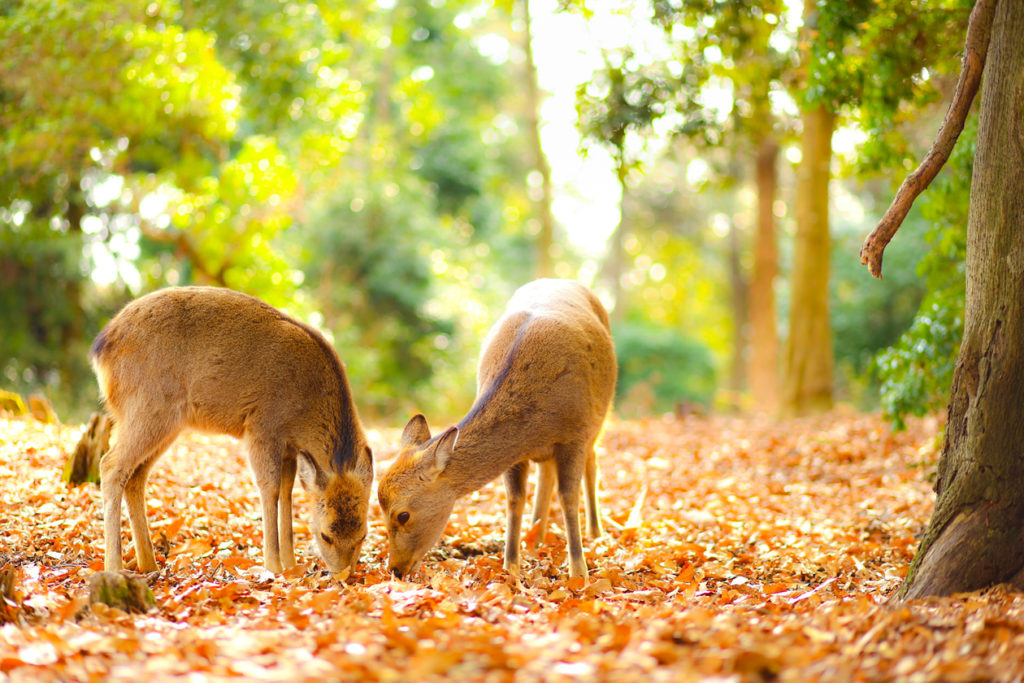 “Nara” is famous for deer in Nara Park and Big Buddha of Todaiji Temple.

Although it is a landlocked prefecture, I’m sure foreign tourists would like to eat seafood dishes even there while visiting Japan.

Actually, there are many restaurants there serving seafood dishes cooked in the best selected methods according to the ingredients available on the day.

Here I introduce 6 restaurants in Nara City famous for seafood dishes. Among them are an authentic and luxurious Japanese restaurant called kappo serving kaiseki dishes, sushi restaurants especially favored by foreigners and izakaya (or Japanese style bar) which you feel easy to visit.

From sashimi to grilled- and cooked fish, Japanese dishes using seasonal fish are popular at this izakaya (or Japanese style bar). Referred to as a restaurant serving delicious seafood, it is favored by locals. 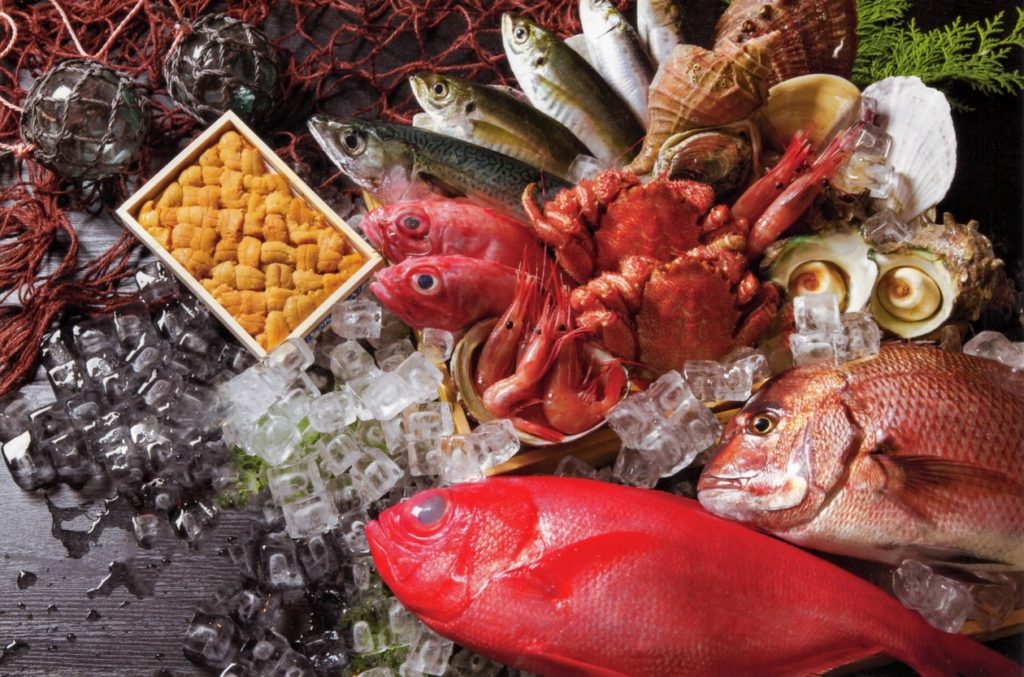 Some of recommended items are shellfish such as oysters and abalones in summer, oval squid and mackerels in autumn, and freshwater fish including rainbow trout and char in winter.

They are reasonable, but delicious!

Daily special is written only in Japanese, so, check what other people are eating, and then order what you would like to eat.

Without a menu, at this small restaurant, “Harakeko,” only a course made with chef’s choices of the day is served.

The owner, a self-styled “fish sommelier,” has much knowledge about fish, so, he cooks seasonal ingredients, using the best recipe for them. 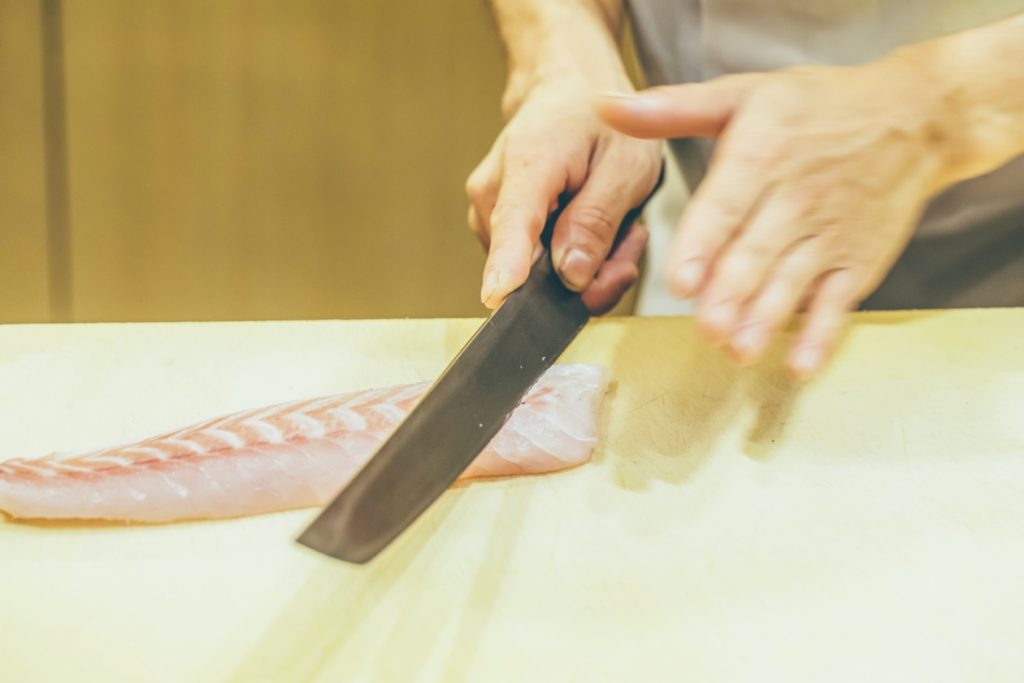 A course is from around 5,000 yen. You tell your budget to the owner in advance, then, he would arrange a course according to it.

If you have any requests or concerns about food, i.e. food ingredients you do not prefer, you can give him advanced information. He would be pleased to deal with it.

There is a conveyer belt sushi restaurant near Kintetsu-Nara station.

Recently many restaurants use a device to form the shape of sushi rice. But “Totogin” is particular about chef’s handmade sushi. 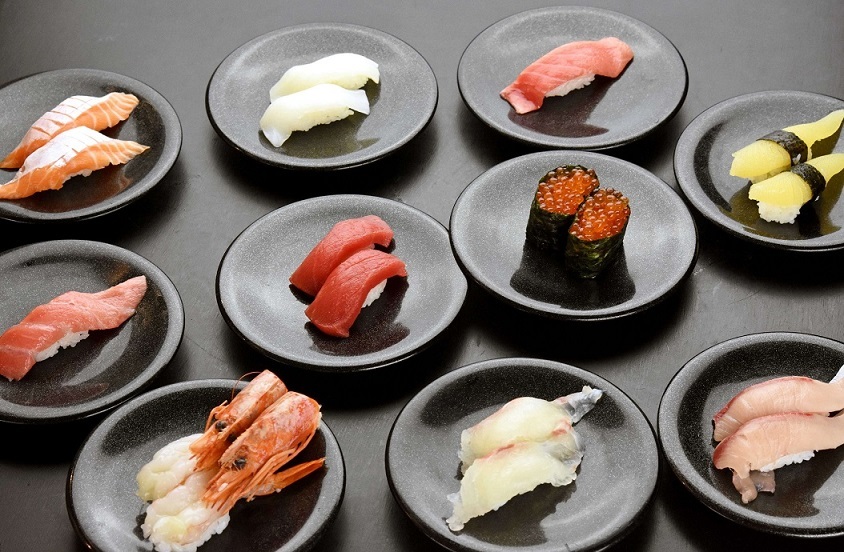 Plump sushi rice which enhances the taste of fish can be made only by professional sushi chef. 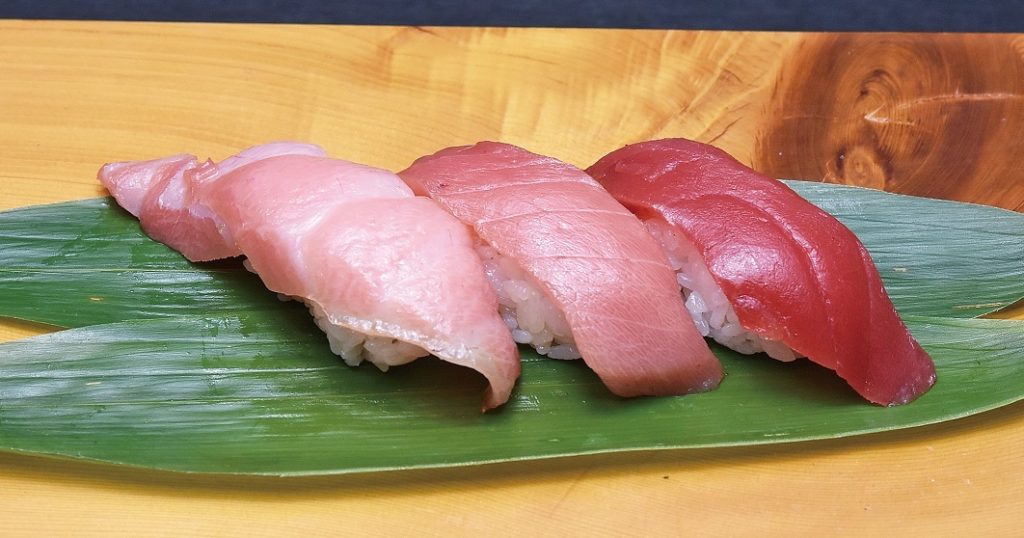 Only well-selected blue-fin tuna is used for their sushi. So, their tuna sushi is so different from the ones of cheap conveyer belt sushi restaurants in texture and the condition of fat.

Since multilingual staff and menu are available, you would feel comfortable there even you do not understand Japanese.

Walking through Sanjo street from Nara station, you would find a restaurant, “Namakura Sakae, Sanjo Shop,” where you can enjoy various izakaya (or Japanese style bar) dishes, such as seafood dishes like sashimi as well as yakitori made with a breed called Tamba Akadori and hot pot dishes. 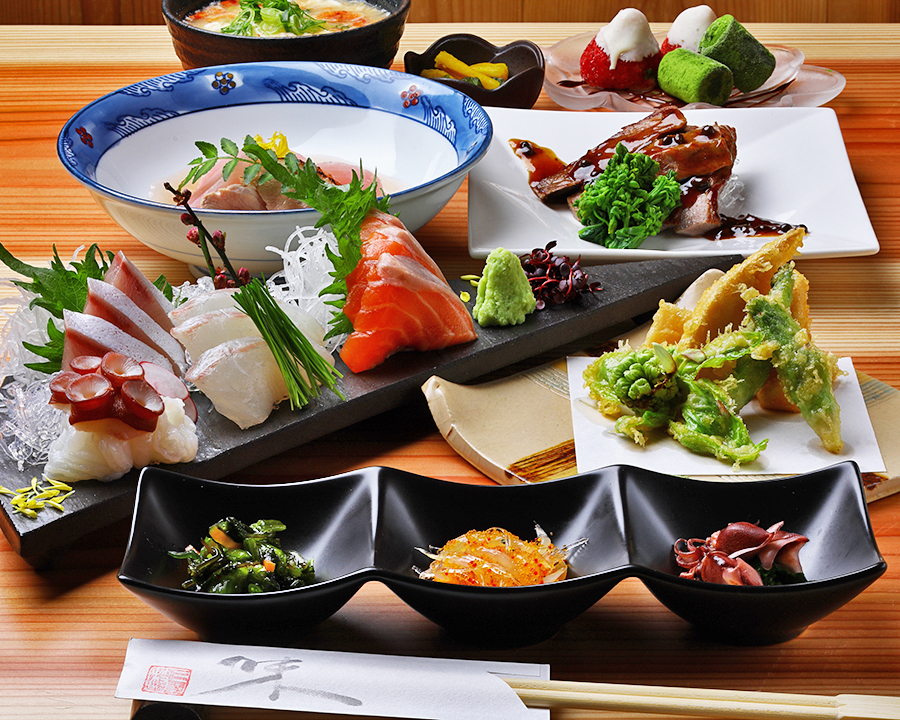 You can experience dairy food of Japanese people here. A highly recommended dish is mentaiko tempura.

Spicy cod roe, which is popular among Korean tourists, is deep fried. It goes well with Japanese sake.

As for sashimi, fresh fish killed on the day was sliced by skilled sushi chef. 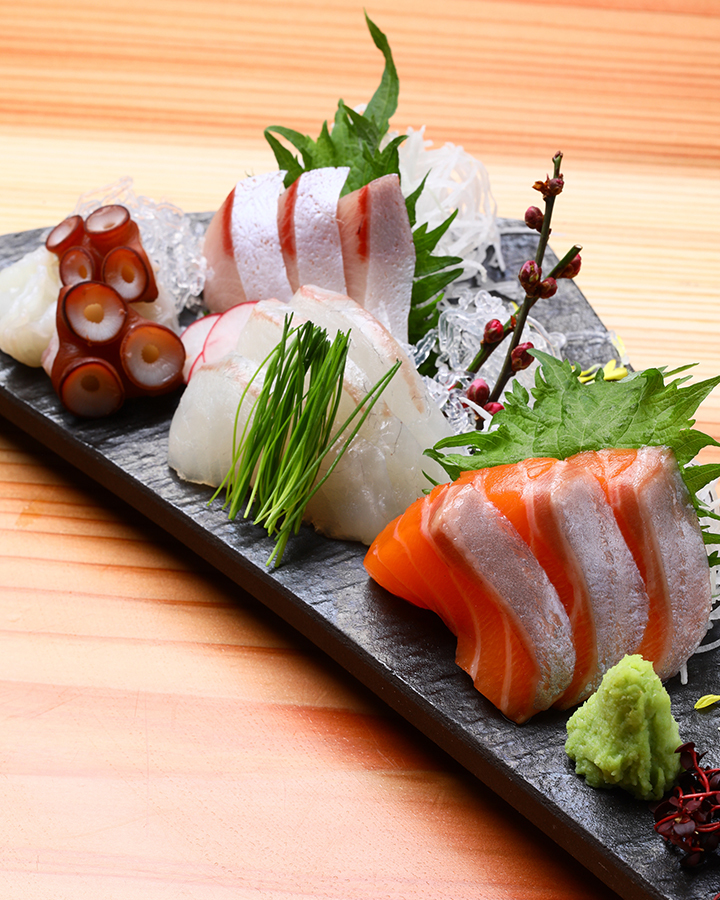 The shop has gained a reputation for fresh sashimi, though being in Nara far from the sea.

English, Chinese and Korean menus are available, so, you can easily choose what you would like to eat and orderra .

Located on the 1st floor of “Nara no mori Hotel” close to Kintetsu Nara station, “UO-ICHI” is a Japanese restaurant in which Japanese food and bar style were fused.

From fresh seafood nigiri-zushi to overseas standard sushi rolls as well as seafood donburi, they serve various dishes which foreign tourists would like to eat in Japan. 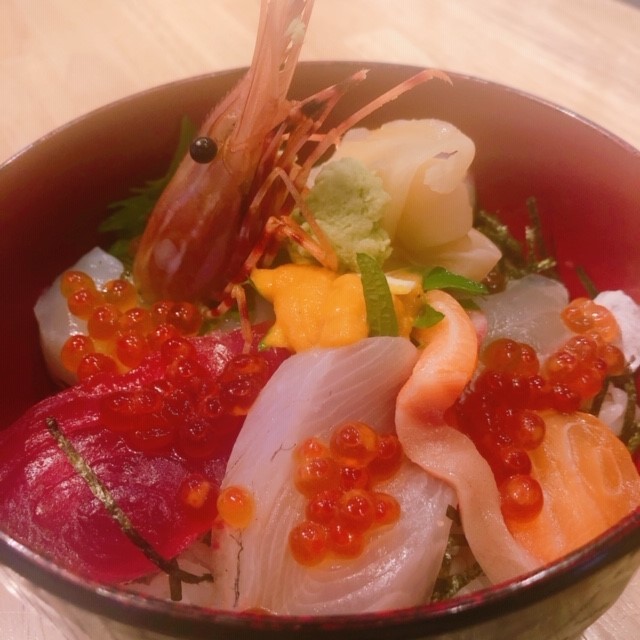 Toro (or fatty tuna), kanpachi (or greater amberjack) and tai (or sea bream) are rarely eaten overseas and are representatives of Japanese sushi made with fresh fish.

Please enjoy a variety of sushi made with fresh ingredients.

Inside the shop, Japanese umbrellas are hung from the ceiling, and goldfish are swimming in the aquarium. It is packed with aspects of Japanese culture foreign tourists expect to see. 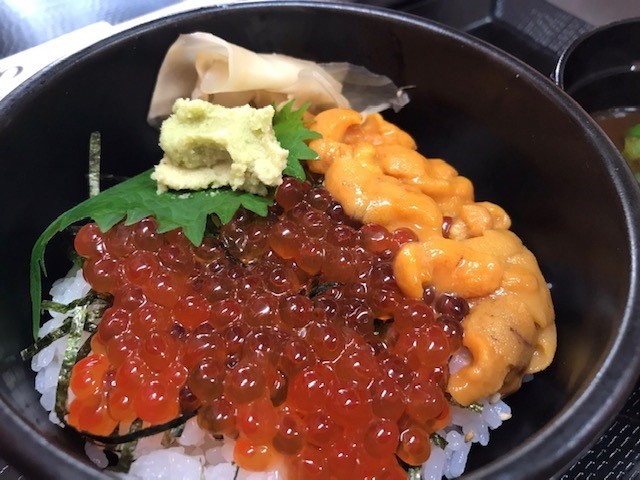 English, Chinese and Korean menus are available, so, foreigners would feel easy to order.

When a world sport event is held, it is shown on the TV screen.

Hamayaki-Taro is a kind of Japanese style bar where you can grill seafood on the tabletop stove by yourself.

Popular seafood there is shellfish including scallops, hard clams and horned turbans. They are eaten with seasonings such as soy sauce and ponzu vinegar as you like. 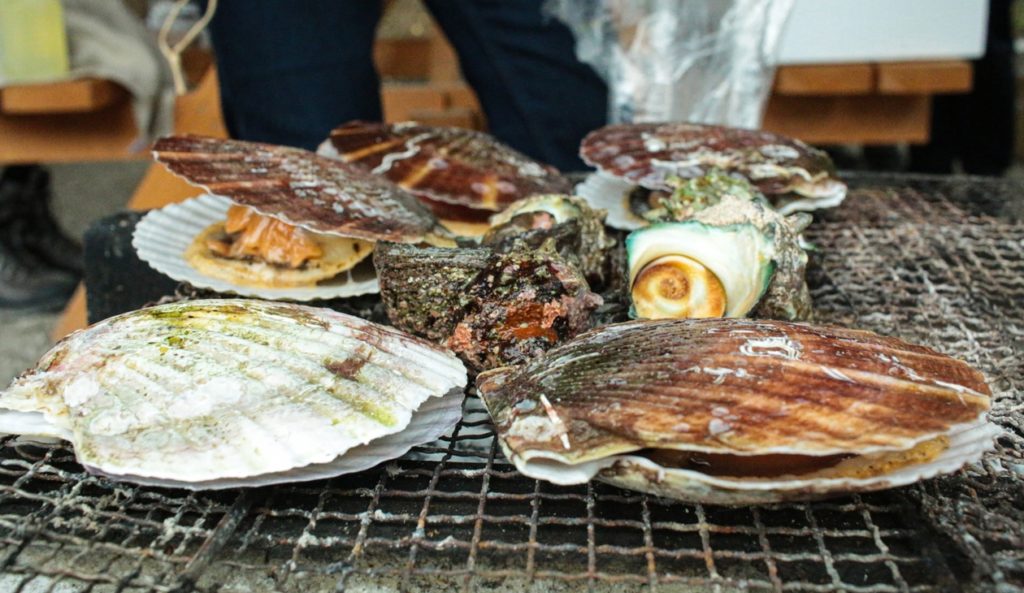 When seeing shellfish opening shells along with time passing and the smell of seaside spreading, you would feel as if you are enjoying BBQ on the beach.

As for grilling, restaurant staff would teach you how to do it.

Here, you can enjoy seafood, considered as an essential food ingredients in Japan, in various cooking methods, i.e. sashimi, grilling, frying as well as BBQ.

Moreover, they have all you can drink course which is available even with a la carte menu. Within 90 minutes, you can drink whatever you like from the drink menu of approx. 60 kinds.

Sushi and seafood cannot be missed when visiting Japan! There is a variety of seafood dishes such as BBQ, hot pot dishes, grilled- and cooked-fish as well as sushi and sashimi. Please try those you can eat only in Japan.

*The information herein is as of March 2020.

Kyoto is all about matcha! 8 popular swe……

Popular yakitori shops in Kyoto. It is p……